India was humiliated by 10 wickets for the first time in cricket history. 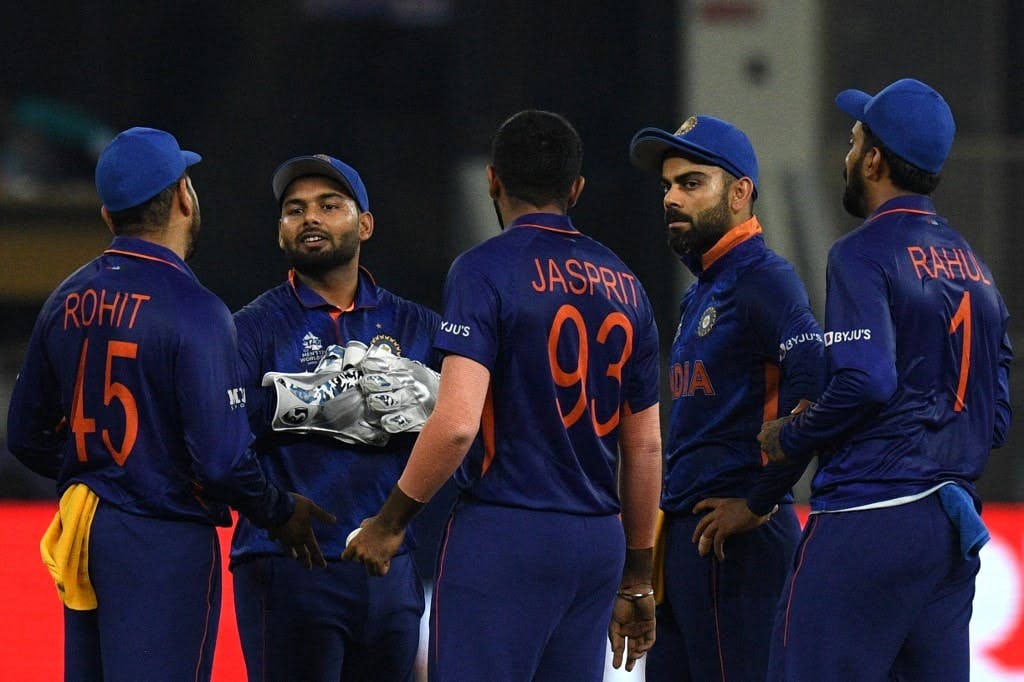 Pakistan had gotten off to a good start in Dubai, courtesy of Babar Azam and Mohammad Rizwan. After 7 overs, the duo had the side at 46/0. They added another 50-run stand to their score as they continued to put India on the back foot.

At the halfway stage, they had taken Pakistan to 71/0. After a century stand, Babar Azam smashed 50 runs as Pakistan reached 101/0 after 13 overs. As Pakistan cruised home with 2.1 overs to spare, Rizwan achieved his fifty and stayed unbeaten on 79, partnering Babar's 68 not out.

After being given the bat, Team India got off to the worst conceivable start. In the first over, Shaheen Afridi trapped Rohit Sharma LBW on zero. He'd gone in pursuit of a golden duck.

Afridi then removed KL Rahul on 3 in his following over by unsettling his timber.

Suryakuamr Yadav struck a few strokes and got the scoreboard running at 4, but he was bowled out by Hasan Ali in the sixth over.

India ultimately reached 36/3 during the Powerplay. India scored 24 runs in the following four overs to keep the run pace going.

Shadab Khan caught and bowled him after he hit two one-handed sixes. After 15 overs, India stood at 100/4.

The Highest Ever T20 Partnership Against India Was Scored By Babar Azam And Mohammad Rizwan.

India finally finished with a total of 151/6 in their 20 overs, with Kohli reaching his 29th T20I fifty. Kohli was knocked out for 57 runs.

Rizwan, the 'fighter,' made it to a half-century...

Mohammad Amir is asked to apologize to Harbhajan ...