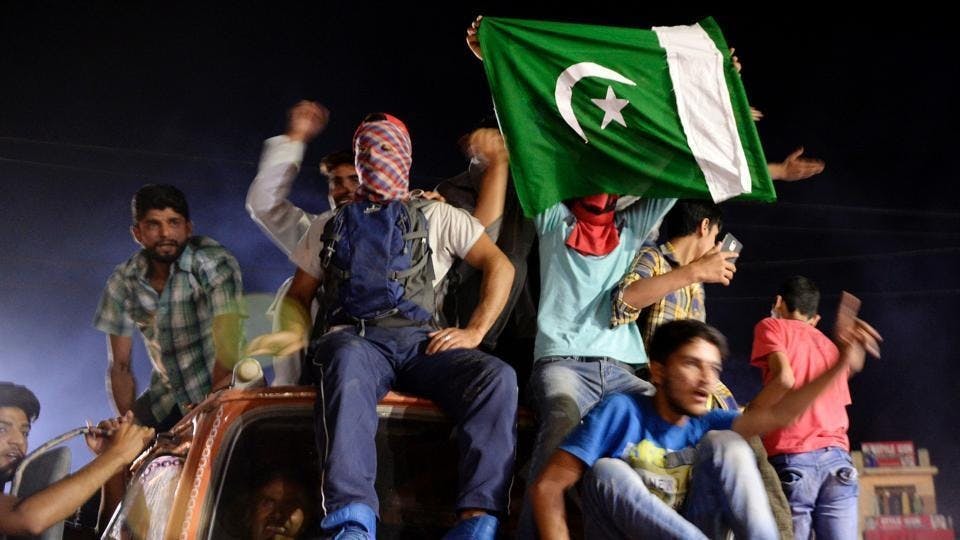 Shoaib Akhtar Resigns When Nauman Niaz Asks Him To Leave His Live Show.

According to the institute's Director of Administration and Finance, Dr. Pankaj Gupta, the students were suspended from Raja Balwant Singh Engineering Technical Campus in Bichpuri, Uttar Pradesh, with immediate effect (on Monday).

"The students were studying under the Prime Minister Super Special Scheme. We have also apprised the PM Office and AICTE of the students' act. However, students have apologized," he stated.

According to local BJP members, the three students yelled chants such as 'Bharat tere tukde honge' and 'Pakistan Zindabad' and reportedly expressed anti-India views on social media. According to another local publication, local authorities will take action based on a written accusation that the students engaged in "anti-national conduct."

Authorities in India looked to be taking extreme action against residents who remembered the Green Caps for defeating India in one of the most anticipated matches in history. Furthermore, anti-terrorism proceedings have allegedly been filed against Kashmiri students who backed Pakistan against India.

Rizwan, the 'fighter,' made it to a half-century...

Mohammad Amir is asked to apologize to Harbhajan ...